We won’t stop Jordan Cove unless and until 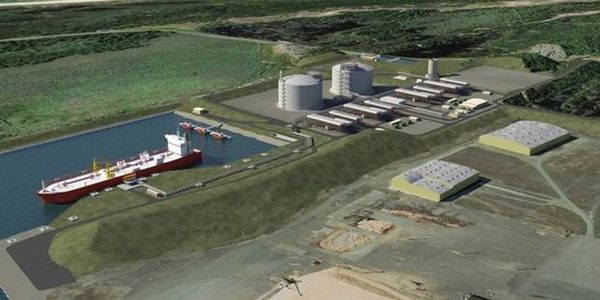 Hope is a longing for a future condition over which you have no agency. It means you are essentially powerless. – Derrick Jensen

In the 56 years since the publication of Rachel Carson’s Silent Spring one thing remains constant to this day. Our existing system of law continues to legalize our own poisoning and self-destruction. Neither nature nor mankind can escape toxic trespass by industrial pollution and the relentless production of more as driven by commerce and obey the law at the same time.

As Carson explains rather than protecting us regulatory agencies like the US Food and Drug Administration protect industry by setting acceptable limits of poison and, “…  to establish tolerances is to authorize contamination of public food supplies with poisonous chemicals in order that the farmer and the processor may enjoy the benefit of cheaper production…”

To put it simply, the system we have today in the United States makes sustainability illegal.

We are told and effectively conditioned to accept that there are safe amounts of arsenic in rice and mercury in fish. We are to accept carcinogenic particulate matter in our air supply as a normal condition of modern life. In Oregon, aerial spraying of toxic herbicides and pesticides is legalized and liberally applied in order to benefit the timber industry.  Instead of being appalled that these chemicals make their way into our drinking water supply damaging both our health and the natural creatures with which we share the planet, we tolerate this sort of collateral damage as if it is to be expected in a technologically advanced society.

When a community tries to democratically enact zero tolerance laws in order to protect itself to a higher standard than state and federal rules, they are challenged for violating the “rights” of a corporation to engage in commerce and the legal authority to pollute your neighborhood. Thus, when we try to assert otherwise, we find that sustainability literally breaks the law.

We go about our lives hoping things will get better. We hope we can elect the right officials, empower the next messiah who will lead us to health and prosperity and save the planet. We hope someone will invent the technology to fix everything we have broken. We hope we will not become one of the unfortunate yet inevitable statistics to be stricken by industrial induced and government sanctioned disease.

We hope because we believe ourselves to be helpless.

More than five decades ago Carson understood that in today’s society nature, a complex community of living breathing families of fauna and flora and microbes and fungi working in symbiotic relationships to give us clean air and fresh water, is treated like property. Not unlike human slaves, nature is treated as a resource to be used, abused and extracted at will where whole ecosystems can be destroyed to benefit the cause of commerce.

Despite the formation of the EPA (Environmental Protection Agency) and the enactment of the National Environmental Policy Act each year in the US alone, 4 billion pounds of toxic chemicals, including 72 million pounds of known carcinogens are released into the atmosphere from 20,000 industrial polluters. More than 2 trillion pounds of antibiotic, hormone and chemical laced livestock waste is dumped into waterways and spread across fields. Six million people suffer health issues because of our use of fossil-fuels and more than 700 synthetic chemicals are found in the human body that shouldn’t be there. Forty percent of our waterways fail to meet the minimal requirements of federal and state clean water laws and barely support aquatic life.

A recent United Nations report warns that without radical reductions in our use of fossil-fuels we have barely twenty years before an extinction level event brought on by climate catastrophe. Clearly, our current methods of environmental activism and legislative efforts have failed, yet conventional environmentalists and legislators continue to be complicit in our demise.

He who accepts evil without protesting against it is really cooperating with it. – Martin Luther King

Environmental regulatory agencies, by legislative mandate, allow industry to legally damage a waterway in favor of a pipeline or agree to mitigate damage in one location if another, less profitable, location receives some upgrades. Despite the clear devastation caused by regulating destruction the idea of abolishing harmful corporate activities doesn’t even remotely enter the brain of the system.

Most environmental activism operates under the same false premise as the industry they are opposing.  That is that nature, the environment, whole ecosystems are mere property of the state or corporations rather than living breathing entities entitled to the same rights to thrive and evolve we assume for ourselves. Participating in environmental regulatory hearings is no different than negotiating for fewer lashes for slaves. Instead of changing our relationship with nature it perpetuates our abuse of it and cooperates with the very force hell bent on capitalizing off the suffering of nature.

Empirically and statistically there was never any reason to expect any substantive change in this new Draft EIS for the Jordan Cove LNG project. Despite acknowledging that significant damage will be done by the project and associated pipeline the draft states “a majority of impacts would be less than significant due to the implementation of proposed and recommended impact avoidance, minimization, and mitigation measures… we recommend that these measures be attached as conditions to any authorizations issued by the Commission.”

There you have it in a nutshell, buried at the end of the report, Pembina, the latest owner of Jordan Cove Energy Partners is almost assured their FERC permit in spite of the tens of thousands of comments filed opposing the project. Sure, all those conditions may reduce the damage, but it will not stop it and our steady march toward climate Armageddon will continue.

This spring Toledo, Ohio passed the Lake Erie Bill of Rights (LEBOR) which enables anyone to file a suit on behalf of the ecosystem to stop harmful agricultural and industrial practices that violate those rights. In 2017, Lincoln County Oregon passed a similar bill of rights to protect the Siletz watershed from aerial spraying. Instantly corporate backed interests filed suit challenging these democratically enacted laws effectively saying they can’t do business without poisoning our watersheds and they have a constitutional right to pollute. These cases will play out in the courts but since May of 2017 all aerial spraying of toxic chemicals has stopped in Lincoln County.

There is no question that community rights work is hard and far less convenient than throwing all one’s eggs into one basket and composing and submitting comments from the comfort of a home office. Like any investment in the future, (stopping Jordan Cove is definitely an investment), diversity is important and adding community rights to your activism repertoire will force the industry out of its comfort zone. Pembina was so terrified of the Coos County Right to a Sustainable Energy Future Ordinance that would have stopped Jordan Cove on the grounds it violates the rights of the ecosystems, it spent almost a $1 million dollars to defeat it in 2017. To stop Jordan Cove we must pass a Coos Bay Estuary Bill of Rights much like LEBOR.

Community rights is the embodiment of protest. Community rights is the direct assertion of one’s right to protect oneself, the right to self-determine against those who attempt to falsely legitimize harm and destruction. If ever there was a time to stop cooperating, now is that time. Until our legal system recognizes our community rights and the right of nature to thrive, flourish and naturally evolve nothing will change and certainly not in time to make a difference. And that recognition only comes when we demand such recognition, when we change the system such that sustainability becomes legal.

To stop Jordan Cove support your local community rights chapter or contribute to Coos Commons Protection Council at https://cooscommons.org/donate If you don’t have a local chapter consider starting one by visiting https://orcrn.org