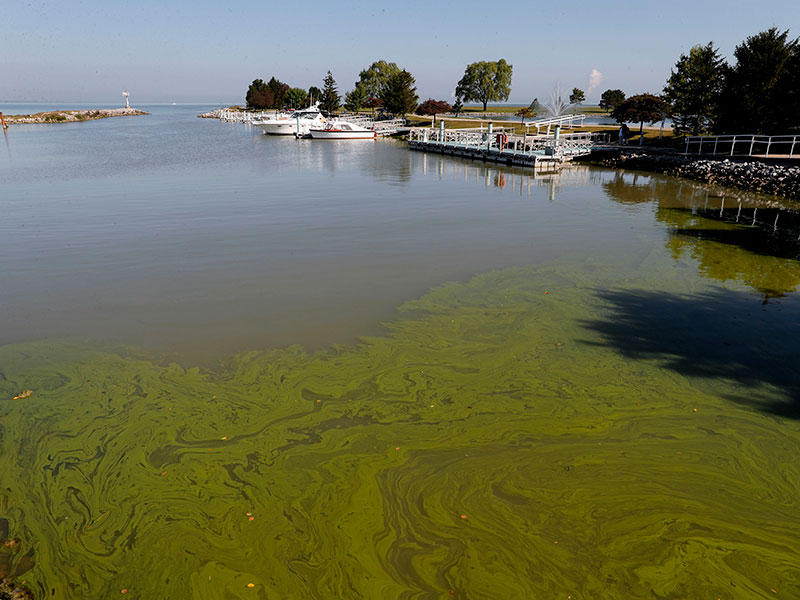 Following a Daily Show profile of the Lake Erie Bill of Rights, the Ohio legislature has agreed on a new state budget that bans Rights of Nature enforcement.

COLUMBUS, OH: Yesterday, the Ohio Senate and House agreed on a new state budget that includes language to ban Rights of Nature enforcement.

Rights of Nature is a new legal paradigm that is gaining momentum in Ohio, across the U.S., and around the world. More than thirty communities in the U.S. have adopted Rights of Nature laws, which recognize the rights of ecosystems to exist and flourish, protecting communities and nature from increasing environmental threats. Similar laws and court decisions are in place in New Zealand, Ecuador, Colombia, and other countries. In February, Toledo, Ohio, residents overwhelmingly adopted the Lake Erie Bill of Rights – the first law in the U.S. recognizing the rights of a distinct ecosystem.

This week, The Daily Show featured the people of Toledo behind the Lake Erie Bill of Rights, determined to protect their only water source from harmful corporate activities, by using Rights of Nature. In response, the state of Ohio is cracking down to stop them.

The language in the Ohio budget bill creates a section (2305.011) that defines “Nature” and “Ecosystem” in law, and goes on to ban legal actions on behalf of or by nature or ecosystems. The budget reads:

“Nature or any ecosystem does not have standing to participate in or bring an action in any court of common pleas.

No person, on behalf of or representing nature or an ecosystem, shall bring an action in any court of common pleas.”

Since 2012, nearly three dozen Rights of Nature initiatives have qualified for city and county ballots, and have faced varying levels of obstruction. Fourteen measures have been removed from the ballot and not allowed a vote, five have been passed into law by voters.

“When peoples’ movements work to expand rights, we see legislative efforts to stop them,” says the Community Environmental Legal Defense Fund’s (CELDF) organizer Tish O’Dell. “It is a pattern that has been repeated over and over. In recent years when LGBTQ+ marriage equality was gaining momentum, reactionary states began to ban it. Today, it is the Ohio legislature, desperate to stop another expansion of rights. This won’t work either. The Ohio legislature is on the wrong side of history – the Rights of Nature train has already left the station.”

Despite the legislature’s attempts at dissuading the movement, residents of Williams County, Ohio, gathered 2,077 valid signatures to place a new county charter on the November 2019 ballot that would recognize the rights of the Michindoh Aquifer and protect it from privatization. They are facing opposition from the state and common pleas court to keep their initiative off the ballot. Columbus residents are also circulating petitions for a charter amendment to protect their water source, and seven other Ohio communities are fighting to protect their civil rights to propose such laws, against the state.