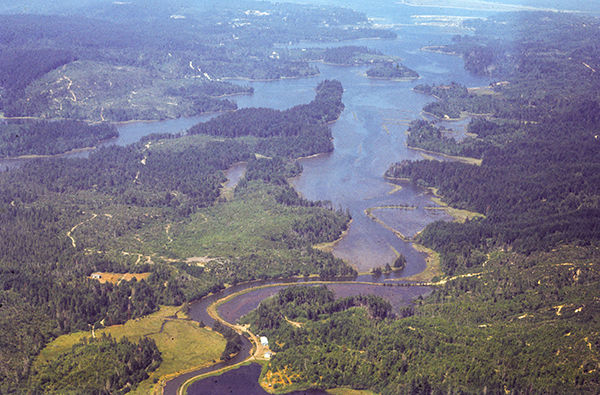 Wednesday evening the Coos Bay Estuary filed a motion to intervene in the FERC proceedings to permit Jordan Cove Energy Partners an export terminal at Jordan Cove along with the accompanying Pacific Connector Gas Pipeline.

In the intervention filing, submitted by Coos Commons Protection Council on behalf of the estuary, the estuary describes itself as, “an ecosystem made up of a deeply diverse and interdependent community of birds, aquatic plants, fish, shellfish, oysters, insects, and humans.  For millions of years I have served as what your EPA considers a nursery of the sea where salmon and waterfowl breed and oysters filter out sediments and pollutants from the watersheds that feed me. Waters made clean and healthy from the work of natural communities connected to me, help to feed marine life in the ocean.” The estuary finishes its comments to FERC by saying, “The authorization of this project would be unlawful, unethical, poisonous and destructive.”

The full text of the Coos Bay Estuary intervention can be found here:

The main point made by the estuary is to remind the Federal Regulatory Energy Commission (FERC) that nature has rights and that human activity, especially corporate fossil fuel activity, has been in violation of the rights of nature. The claim is not merely a statement of right but one of which has been increasingly recognized as legally to be protected:

that human populations are those that are interdependent on the natural world – not the other way around- and that they must assume the consequences of their actions and omissions in relation to nature. It’s about understanding this new socio-political reality with the aim of achieving a respectful transformation with the natural world and its environment, just as has happened before with civil and political rights…economic, social and cultural rights…and environmental rights…Const. Ct. of Colombia

More countries and municipalities are working towards securing nature’s right to exist, persist, flourish, and naturally evolve, which not only brings with it the right of legal standing, but also the full effect of the law to defend rights before the courts when violations occur.

“For millions of years the Coos Bay Estuary has provided habitat, food and shelter to the Southern Oregon coast,” said Mary Geddry. “The estuary deserves the same standing in these proceedings as inanimate objects like corporations.”

This filing precipitates the first US Rights of Nature Symposium being held at Tulane University School of Law, New Orleans, LA. The symposium brings together key leaders in the Rights of Nature movement – from Ecuador, Nepal, the United States, and other countries, as well as from local communities and tribal nations. The symposium’s promotion says this about the event, “Communities, people, and even governments are recognizing that there is a need to make a fundamental shift in humankind’s relationship with the natural world by placing the highest protections on nature through the recognition of legal rights.”

More information about the symposium and access to the live stream found here: https://celdf.org/rights-nature-symposium/Coos Bay Estuary Motion to Intervene – October 25, 2017